This viola course is set in the most beautiful surroundings in North Cornwall at Lavethan, a 17th Manor House with rolling lawns, a purpose built concert hall and incredible facilities tailor-made for musicians. Daily viola lessons, performance classes, ensemble sessions, discussions, concerts, time to work with a pianist, technique sessions alongside wonderful homemade food and comfortable accommodation are what you can expect. Lavethan is a short walk from the village of Blisland which has a beautiful church, pub and a fantastically stocked local shop! Magical is the word.

Louise Lansdown and Lucy Nolan are proud and delighted to be able to host the very first Aronowitz Viola Course at “Lavethan” in February 2022, after holding the course for over 10 years under another name at Pro Corda.

Please could you fill in the form by Monday 10 January, and be as specific as possible about dietary requirements.

Cost: £450 includes board, food and tuition

Take a look around 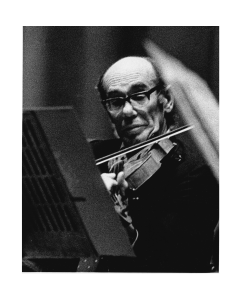 He was the youngest of three children all showing remarkable musical talent. Each in turn won the overseas scholarship to come and study in England - Cecil in 1935 as a violinist.

His teacher at the Royal College of Music was Achille Rivarde. During his student years Cecil played in major London orchestras under some of the finest conductors of the day.

In 1939 war interrupted Cecil’s studies and he spent the next six years in the army. When he returned to the RCM he decided to concentrate on the viola. In 1947 he won the Cobbett Prize for chamber music. 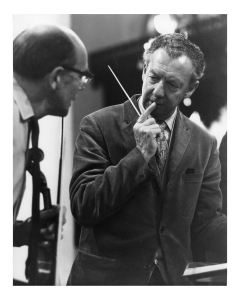 He left the RCM in 1948 and embarked on his extensive career in chamber music. He was a founder member of Musica da Camera (1946), the Melos Ensemble (1952) and the Pro Arte Piano Quartet (1965). From1948 until his death he played with the Amadeus Quartet as second violist in the string quintet and sextet repertoire (William Pleeth joining as second cellist).

He was a frequent guest artist with Yehudi Menuhin in chamber music concerts and made several recordings with him. He led the violas in the English Chamber Orchestra from 1949-73 and also in the London Mozart Players. He played at every Aldeburgh Festival as soloist, chamber musician and with the English Opera Group from 1949 until his death. 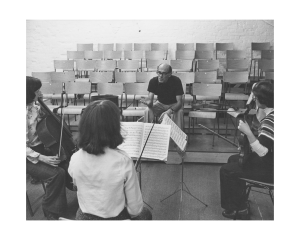 Cecil’s long and fruitful collaboration with Benjamin Britten meant that many viola parts were composed with him in mind; for example in the three Church Operas – Curlew River, The Burning Fiery Furnace and The Prodigal Son. Towards the end of his life Britten dedicated the orchestrated version of Lachrymae to Cecil.

In 1963 he formed a duo with the pianist Nicola Grunberg, whom he married four years later. Together they gave frequent recitals and broadcasts and in 1976 they gave the first British performance of Shostakovich’s last work, the sonata for viola and piano, at the Aldeburgh Festival in the presence of the composer’s widow.

Cecil was an inspired and dedicated teacher. On leaving the RCM as a student he was immediately invited back as a professor and taught there until 1973 when he became the first Head of Strings at the newly formed Royal Northern College of Music.

In 1975 he created the student orchestra at Snape, which became the Britten-Pears Orchestra, and two years later became the first Director of String studies at the Britten-Pears School. He also taught regularly at the Dartington Summer School and was twice invited to give classes at the International School in Banff, Canada, working alongside such luminaries as William Primrose and Lorand Fenyves.

At Aldeburgh he founded the Academy of String Quartets, employing some of the finest teachers of the day to come and coach on the courses. It was during one of these courses that he collapsed while performing Mozart’s C major Quintet with colleagues at the Maltings Concert Hall, Snape. The following day he died in hospital at Ipswich.

Cecil was utterly passionate about teaching and sharing music with young musicians. This course in his name remembers his incredible gifts as a violist, chamber and orchestral musician, and is dedicated wholly to his chosen instrument the VIOLA! Like the Cecil Aronowitz International Viola Competition founded in 2014 this is another landmark to honour Cecil.